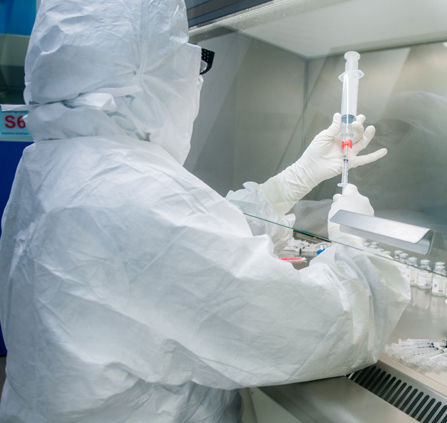 Bolster Investment Partners has entered into an agreement to sell its stake in AIO II, holding company of both Medsen (pharmacy chain) and Ceban (wholesale chemist), to Bencis Capital Partners.

Bolster Investment Partners has entered into an agreement to sell its stake in AIO II, holding company of both Medsen (pharmacy chain) and Ceban (wholesale chemist), to Bencis Capital Partners. The acquisition will allow both brands to accelerate their current growth trajectory.

Bolster Investment Partners (formerly known as Van Lanschot Participaties) reached an agreement about the sale of pharmacy chain AIO II (Medsen and Ceban) to Bencis Capital Partners. The transaction is expected to be completed at the beginning of 2019 and to generate a book profit of around EUR 35 million. The sale is subject to approval by the relevant (competition) authorities.

AIO II is the holding company of pharmacy chain Medsen and wholesale chemist Ceban, and is incorporated in Breda. Van Lanschot Kempen has held an equity stake in AIO II since 2009, when it acquired a minority interest through a debt-for-equity swap. The company staged a robust development in the years that followed. In 2016, Van Lanschot Kempen exercised its option to expand its stake to a majority interest of 72%.

Van Lanschot Kempen’s sale of AIO II fits in with its strategy for its non-strategic investments. The goal is to divest such interests over time.

AIO II is the holding company of both Medsen and Ceban. Medsen is a pharmacy chain that has 44 locations throughout the Netherlands. Customer focus takes centre stage at Medsen and is largely achieved through innovation and digitisation. Ceban is a modern central compounding pharmacy. It has a high-quality lab and prepares prescriptions for pharmacies and hospitals in compliance with the applicable quality standards.

Bencis is an independent investment company that was founded in 1999 and supports business owners and management teams in achieving their growth ambitions.

They have been investing in strong, successful businesses in the Netherlands, Belgium and Germany for over 20 years. Their experience and expertise lies in sectors such as Industry & Manufacturing, Food & Beverages, Business & Consumer Services, Healthcare & Leisure and Wholesale & Retail. Bencis prefers to invest in businesses with an operating result of up to 50 million euros.