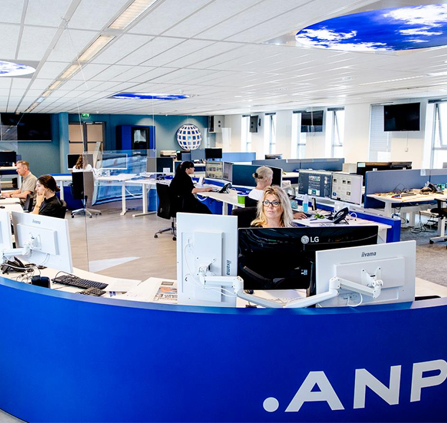 V-Ventures announced the sale of ANP to Talpa Network

V-Ventures announced the sale of ANP to Talpa Network

V-Ventures has entered into an agreement to sell 100% of its shares of Algemeen Nederlands Persbureau (“ANP”) to Talpa Network.

V-Ventures has entered into an agreement to sell 100% of its shares of Algemeen Nederlands Persbureau (“ANP”) to Talpa Network. The acquisition allows ANP to execute their investment agenda and offer an even richer range of news production and distribution.

Talpa Network has agreed to acquire Dutch news service ANP from V-Ventures, the investment arm of the media holding group Vereniging Veronica, ANP said in a statement on Wednesday. Talpa takes over all shares of Vereniging Veronica. Veronica has been the owner of ANP since 2010.

Talpa-owner John de Mol sees ANP’s great significance for all media companies in the Netherlands and therefore for the journalistic landscape. “As is well known, Talpa Network wants to grow into a large and modern cross-media company on the Dutch market. With the acquisition of ANP, we add independent and reliable news – I am very pleased with that. In the field of news provision in this country, I know of no stronger brand than ANP when you think of speed and factual accuracy. Especially in these times where fake news is the order of the day, we must cherish independent reporting. We are going to give ANP a prominent and special place within Talpa Network.”

With the sale, V-Ventures will end its involvement with the ANP. Yoeri Albrecht, chairman of Vereniging Veronica, is extremely satisfied with the developments within the company and how ANP has managed to maintain and strengthen the role of news in a very changing news landscape. He is proud of the role Veronica has been able to play in that process in recent years. “ANP is of great importance to Dutch journalism and is an efficient newsmaker that provides media companies with quality, factually correct news. This is of economic importance to customers and to society as a whole, ANP contributes to the pluralism of the press. Veronica is happy that the new owner fully endorses this.”

According to Yoeri Albrecht, the ANP will not change. “The ANP has had several owners in its 84 years of existence. The company was first owned by the publishers, then owned by private equity, and Veronica has owned it for the past eight years. Veronica has deliberately separated ANP from the private equity sector to ensure its continued existence. With all those changes, the essence of ANP has not changed. That won’t happen now either. ANP has shown that it can operate well in varying circumstances and during the sale, the independence of the news agency is guaranteed by embedding the editorial statute and respecting the editorial board.”

According to the management of ANP, CEO Martijn Bennis and editor-in-chief/media director Marcel van Lingen, the position of ANP is well-secured. “The editorial statute is not up for discussion. Our news delivery remains fast, factual and independent. Of course we adapt ourselves to the market. In recent years, for example, investments have been made in photos, video and in the development of the agenda. Newslines have been added such as BuzzE (entertainment), BuzzT (technology) and Royalty. With Talpa Network as a shareholder, we can successfully execute our investment agenda and offer an even richer range of news production and distribution. This will enable us to optimally serve the quality press in the Netherlands in the future as well. We also expect added value from Talpa Network with regard to business services.”

ANP was started in 1934 by a number of daily newspapers which owned the news service before selling it to NPM Capital in 2010. Five years later ANP was acquired by Veronica, which itself started off in 1960 as a pirate radio station on a ship of the same name off the Dutch coast. Today ANP employs about 250 people, including 160 journalists, and produces news for mobile phones and radio as well as newspapers.

Media company V-Ventures is the investment arm of the media holding group Vereniging Veronica. The company will continue to focus on innovation in the Dutch media landscape, among other things by supporting young, cross-media talents and entrepreneurs. The main goal is the further development of the organization as a leading commercial company within the Dutch media landscape, which distinguishes itself in particular through the development of innovative, cross-media initiatives and concepts and talent.

The activities within V-Ventures include V-Academy, V-Radio, Kink FM and the Medialab as well as the participations in the Dutch Creative Industry Fund (DCIF) and the Sky Radio Group.